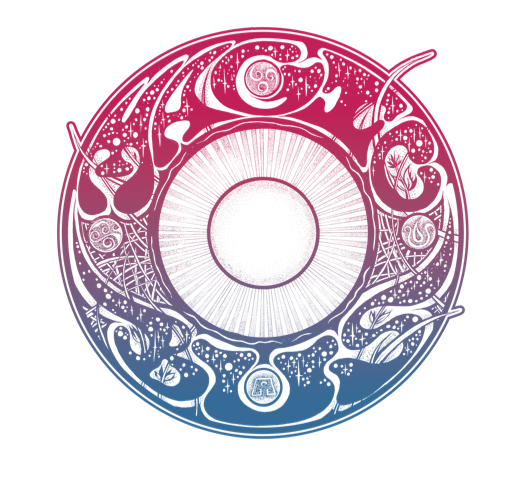 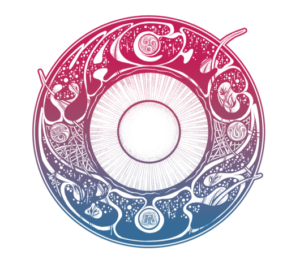 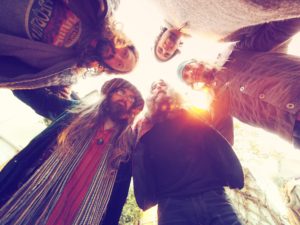 Hi Paul – You’re due to play as part of Magic Bus at the forthcoming Fruits de Mer Goes To Glastonbury show. Is it hard to recreate the more complex arrangements of your material in a live setting?

Hello Jason, Actually..so far its not been too bad, I think mainly because the energy of playing live adds so much to the songs. Jay having six pairs of arms has been useful too..ha..ha!

How did Magic Bus form?

I took a few guitar lessons with Terence and brought in some songs I’d written that I wanted to record, I had always loved the late 60’s/early 70’s bands and I had an idea of doing a bit of a concept album. So gradually we put the songs together then Jay got involved, then we found the rest of the band and recorded the first album in Feb 2010.

What’s the current line-up of the band? Has it evolved over the years?

The current line up feels strong, it’s working well live and we’re all excited about the new material.

What are your formative musical influences? Were you involved with other groups and release music before Magic Bus?

My parents had the classic rock’n’roll records at home Chuck Berry, Little Richard etc, also The Beatles and Rolling Stones..I loved all those, then discovered Grateful Dead, Crosby Stills and Nash, all the San Francisco bands and then Caravan, Gong, Khan, Hillage etc. I played in a band with friends in the early 90’s but we only played a handful of gigs then music took a backseat till Magic Bus.

Can you tell me about your latest album ‘Phillip The Egg’. Would you describe it as a concept album where the songs thread together? What are its themes?

I’d say the songs have a vibe that runs through but not a premeditated concept. Recording the album in a 9 day residential block was great and is really the best way of getting the vibe going.

As far as song themes… quite a bit of 70’s Sci-Fi, journeys to far off lands, the sun always pops up in my lyrics because I live in the extra rainy county of Devon.

What’s the writing process for the group – do you write individually or is it a more collaborative process?

Generally I’ll bring in songs to the band, instrumentals have been more collaborative..sometimes the songs need a turnaround or something..so someone will always have something up their sleeve, Wihll is famous for unusual time signatures and Jay’s orchestrations can lead the song some place else.

Magic Bus has released three albums, which of all your tracks would you recommend new listeners seek out and why?

Holy Road and Magic Bus got the ball rolling. Holy Road was the first Magic Bus song I wrote. Jupiter 3am and Seven Wonders off the second album and Distant Future and Mystical Mountain off ‘Phillip the Egg’. They are probably the songs I could listen to now and not wish we’d changed this or that.

How did you become involved with the Fruits de Mer label and decide which tracks to cover like ‘Eight Miles High’, added to your original material on your FdMer singles?

Fruits de Mer asked if we’d be interested in doing a single with an original of ours and a 60’s cover. We are big Byrds fans so ‘Eight Miles High’ was top of the list. It was great to play around with the song but hopefully it still honours the original.

There seems to be thriving psych/prog scene in the South West where you are based. Are there any particular places in the area where your prefer to play live, and studios to record?

Well.. The King Arthur in Glastonbury has always been good to us, In our town of Totnes unfortunately we recently lost our local venue . The Royal Oak in Bath is a fab little music pub and the Exeter Cavern still rocks.

We’ve recorded the last two albums in Vale Studios in Worcestershire… it’s got a great feel and everything we need. Sawmills where we recorded the first album was amazing too.

The sound of the group has a great 60’s/70’s analogue feel to it. Do you use vintage equipment live and when recording?

Chris at Vale Studios has lots of cool old amps, mics and a Neve Desk, he has pro tools as well though. As far as live goes the keyboard sounds Jay uses are all vintage samples and I can’t tell the difference between a vintage Moog and the sampled one. We all use valve amps and Gibson and Fender guitars.

Yes, writing and gigging…hopefully we’ll get enough songs together by the end of this year to record in early 2019.

Finally, how do people find out more about Magic Bus? 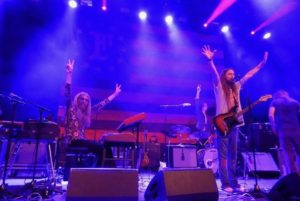